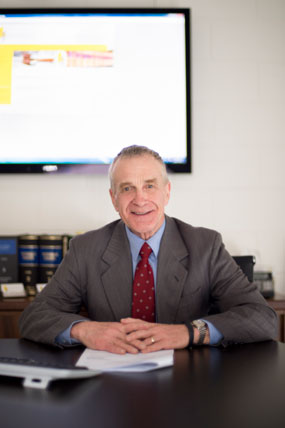 Blair Williams was admitted to practise as a solicitor in Victoria in 1984 and has a wide range of experience including his work as a personal injury law specialist.

Blair served his articles and commenced his legal career with Russell-Cooke Potter & Chapman - now Russell Cooke Solicitors - at Old Square, Lincolns Inn in London, UK. It was here that he qualified. For the remainder of his career in England, Blair was a solicitor specialising in commercial and domestic conveyancing.

Between 1984 and 1987, Blair gained general practice experience in two small firms in Mornington and Frankston. During this period he relied on his background as a property lawyer and advised clients in litigation matters. Litigation became more of his focus and in 1987 he joined Carew Counsel as a litigation solicitor.

From 1987 to 2009, Blair worked in litigation. During this period he specialised in advising clients with personal injury claims, save for the 6 months with Hill Legal when he practised in commercial law.

From 1987 to 2003 with Carew Counsel and Secombs - now absorbed into Slater & Gordon - and from 2008 to 2009 with Nowicki Carbone, Blair handled compensation claims by persons injured in transport accidents involving claims to the Transport Accident Commission (TAC). During his long employment with Carew Counsel, Blair developed a large practice in these claims - either for no-fault benefits or for damages - which were first introduced in Victoria by the Transport Accident Act 1986. Here they established the first no fault motor accident scheme to operate in Australia. Blair was a solicitor within the then small group working to develop the practice for these claims to the TAC.

In 2003 Blair joined Hollows Lawyers. Until 2007, he advised the former members of the Australian Navy who claimed compensation for injuries suffered in 1964 in the Melbourne Voyager collision. This litigation was complicated due to it occurring so many years before the claims were made. It  was further made arduous by the attitude of the Government toward the claims, which in reality were straightforward claims made by persons who had suffered injury in their workplace. During this period Blair handled many matters in the Supreme Court with significant appeals to the Court of Appeal and one important appeal to the High Court.

Blair practices in the following areas: