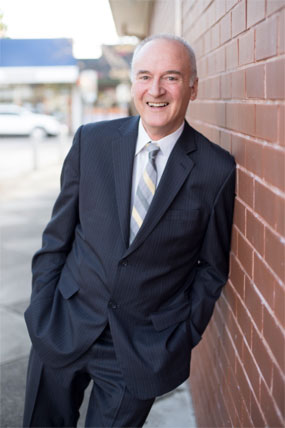 Rowland Hassall was admitted on 1 March 1979.  He commenced his own legal practice later that year and then into partnership with John Byrne in 1983; forming "Hassall & Byrne" (pun intended). The partnership continued until 2008, when Rowland became the sole Principal and Director of Hassall's Litigation Services Pty Ltd.

Rowland‘s main strength is problem solving. He has experience in many areas of law - including family law, debt recovery, commercial litigation, and general litigation - however, major focus has been over his career on Building Dispute and Construction Law, Family Law and any Litigation.

As Chairperson, Rowland was responsible for preparing and delivering the reasons for every decision at the conclusion of each case. These cases were complaints by owners regarding builders, appeals by builders for warranty insurance, and registration as builders. The Appeals Committee of HGFL was later replaced by VCAT (Victorian Civil and Administrative Tribunal).

The involvement with the Appeals Committee of the HGFL and debt recovery for tradesmen led to an involvement with the Housing Industry Association (HIA). Rowland believes that to effect change in any institution, it is necessary to be a part of the institution. He joined the HIA as a member in 1996, became the Chairperson of the Legal Subcommittee of HIA (Victoria) between August 1999 and April 2001, and remains a member of HIA today.